New York-based theater and film artist Shidan Majidi is no stranger to stage musicals, having worked as associate director for the touring revival of “Miss Saigon,” and been part of legendary British producer Cameron Mackintosh’s team for hits like “Cats” and “Phantom of the Opera,” and the film adaptation of “Les Miserables.”

So when U-M dental school faculty member Shahrzad Maghsoudloo Mirafzali reached out to Majidi in April 2017 – the two knew each other from earlier days, when Mirafzali had lived in New York, too – to see if he might be able to help create a new stage show to celebrate U-M’s bicentennial, as well as U-M’s Baha’i Club’s bicentennial, in October, Majidi had said, “There’s no way. That’s only five or six months away, and something like that would take at least a couple of years.”

But Majidi just couldn’t shake the idea of doing a project focused on celebrating difference. “I started obsessing about doing something artistically to give a voice to the state of the world that we live in.” READ THE REST HERE

Flying in the face of conventional wisdom, designers have long made a point of sweating the small stuff. More than anyone, they understand the enormous impact of subtle design choices, whether it’s a storefront’s paint color, the layout of a public park or a logo.

Armed with this knowledge, designers with a desire to make a positive difference at the local level have been bringing their skills to those who may need it most. A movement that captures this ethos—called Design for Good by AIGA—has taken root in the industry, but some design firms have been using this idea as a guiding principle, if not their raison d’être, for years. Here are three organizations that are using their detail-oriented superpowers for good. READ THE REST HERE 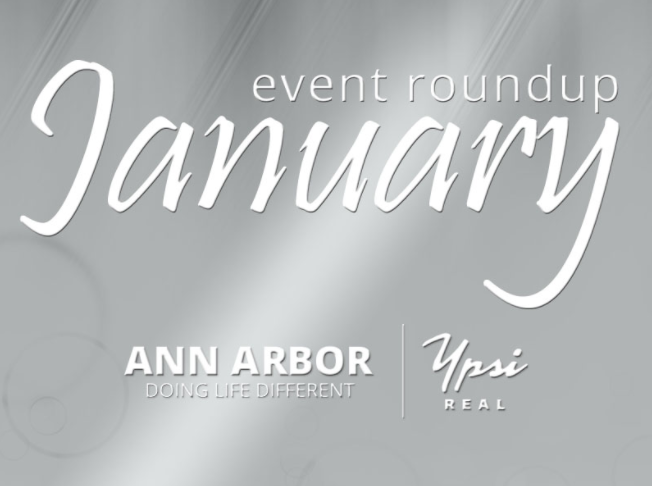 When the holiday season ends and January is upon us, the biting cold and snow tend to make many of us want to hole up and hibernate.

But when beloved, fun local community events like Restaurant Week and Saline’s Winterfest are on offer – not to mention cultural highlights like the Ann Arbor Folk Festival and a new world premiere play by Jeff Daniels at the Purple Rose Theatre (titled “Flint”) – you’ll find it nearly impossible to stay home, no matter what the thermometer says. READ THE REST HERE

Shane Nelson and Tiaja Sabrie in The Ringwald Theatre’s production of “Let the Right One In.”

Eli (Tiaja Sabrie), a central figure in The Ringwald Theatre’s latest production, Let the Right One In, explains in one scene that she’s not young, not old, not a boy, not a girl.

While this may be indeed be true for the character, because Eli’s something akin to a vampire – spoiler alerts about this seem unnecessary, since the preceding 2008 Swedish film of the same name was an acclaimed cult hit – the acknowledgment nonetheless presents a challenge for audiences.

Why? Because although it becomes clear what emotionless, world-worn Eli is after, and you feel baseline sympathy for her existential imprisonment, she ultimately seems an elusive blank in human terms. READ THE REST HERE

Film historian and critic Leonard Maltin calls the movie a “delightful silent comedy about a girl from the sticks who tries to crash Hollywood—and succeeds!”

Ticket prices for the screening have been rolled back— fifty-cents to the general public and FREE for Michigan Theater members. Tickets can be purchased in advance at michtheater.org/show/show-people/or at the door.

The event will serve as the kickoff for the second phase of the State & Michigan Project campaign. The initial phase recently culminated in the re-opening of the State Theatre after a 15-month renovation. The second phase will focus on vital capital improvements to the beloved Michigan Theater, including new seats, new carpeting, plaster repair, technical upgrades and the completion of the Barton Organ restoration.

Marion Davies has stars in her eyes in this delightful look at silent Hollywood, directed by King Vidor and costarring William Haines. All Peggy Pepper (Davies) wants in life is to be a great dramatic actress. But when rowdy slapstick comic Billy Boyle (Haines) gives Peggy her big break, she puts her dreams on hold and becomes America’s comedy queen. So when prestigious High Arts Studio offers her the chance to play serious roles and Peggy gets an awfully swelled head, it’s up to Billy to burst her bubble and bring Peggy down to earth. Loosely based on Gloria Swanson’s career, Show People features cameos by Charlie Chaplin, Douglas Fairbanks,John Gilbert, William S. Hart and more in this bright and snappy ode to Hollywood stardom.

As a contributing writer for Concentrate, I was asked what I was most excited about, heading into the new year.

Being a person who obsesses about/reports on cultural offerings, I naturally thought about what shows I was excited to see:

“The holidays are always a time for comfort food entertainment (It’s A Wonderful Life again, anyone?), but the New Year always sparks a hunger in me for new adventures. Thankfully, the University Musical Society (UMS) seems to be providing me with just that in 2018 with an edgy theater series fittingly titled No Safety Net. Four productions from around the country and the world will arrive in Ann Arbor and tackle social issues likely to force me far from my comfort zone.” READ THE STORY HERE

To wrap up the year in local culture in 2017, Lisa and I talked about some big changes that happened at some big arts organizations – Ken Fischer’s retirement from UMS, and Amy Nesbitt stepping down from Ann Arbor Summer Festival to accept aonther position out West; the recent reopening and renovation at the State Theater; and a few local and touring theater productions that left me “gobsmacked.”

We also talked about some local entertainment options available as we head into the new year. Listen to the eight minute segment here!