As part of Jenn McKee and Don Calamia’s new Platonic Theater Date review series, they attended the same Saturday performance of Detroit Public Theatre’s “Birthday Candles” on May 26, and followed-up with a conversation about the show. Here’s their joint review:

After moments of extreme duress, people often say, “my life flashed before my eyes” – but in Noah Haidle’s drama “Birthday Candles,” now having its world premiere at Detroit Public Theatre through June 3, we instead bear witness to a highly compressed version of someone else’s long, eventful-but-ordinary life.

Specifically, Ernestine Ashworth’s (Claire Karpen) life. We first meet Ernestine on her seventeenth birthday, as her mom (Hallie Lee Bard, who plays multiple roles) is performing the ritual of making her daughter a cake, and also helping Ernestine run lines for her school’s feminist production of “King Lear.” Kenneth (Daniel Pearce), a nerdy neighbor boy smitten with Ernestine, drops by with a gift – the first of what will be a long series of goldfish – and a prom-posal, but after Ernestine turns him down, Matt (Michael Brian Ogden) drops by, causing Ernestine to visibly swoon, despite her stated commitment to live an unconventional life that will “surprise God.”

The scene ends with a audio cue, like a bell, that signals the passage of time to a near-future birthday of Ernestine’s, wherein she’s assumed responsibility for making her own cake in the exact way her mother did, citing the importance of this ritual. And this jump forward in time happens repeatedly throughout the 80 minute play (directed by Vivienne Benesch), so that we see Ernestine’s life play out in bursts as she gets married, raises a family, suffers loss and heartbreak, launches a business, re-discovers her independence, and experiences both profound joy and terrifying loneliness. END_OF_DOCUMENT_TOKEN_TO_BE_REPLACED

As part of Jenn McKee and Don Calamia’s new Platonic Theater Date review series, they attended the same Saturday performance of Tipping Point Theatre’s “Northern Aggression,” on May 19, and followed-up with a conversation about the show. Here’s their joint review:

An inherent challenge of a family squabble – particularly when there’s a clear resolution – involves the reality of having to still interact with each other for years afterward while silently assuming our post-conflict, arrogant/resentful roles.

As divisive and dysfunctional as the United States has become, we’re still ultimately one big family, and the Civil War remains our definitive quarrel. Though multiple generations have died and been born since battles between the Confederacy and the Union took place, a tension – something like historical muscle memory – still radiates from both sides of the Mason-Dixon Line; and prolific Michigan playwright Joseph Zettelmaier taps into this long-simmering tension via his play “Northern Aggression,” now playing at Tipping Point Theatre through June 24.

The show begins as a young couple from Detroit, Maddie (Alysia Kolascz) and Rob (Patrick Loos), are moving into their new home in rural Georgia, where Maddie’s landed a new job as the town’s veterinarian. Rob, formerly an engineer, doesn’t know how or where he’ll fit into the local ecosystem yet, but after elderly neighbor Doc (Thomas D. Mahard) stops by, Rob not only finds himself wearing gray during a local Civil War reenactment, but also waging a prank-filled personal war against Doc. END_OF_DOCUMENT_TOKEN_TO_BE_REPLACED

The cast of Planet Ant’s “Appropriate”

As part of Jenn McKee and Don Calamia’s new Platonic Theater Date review series, they attended the same Friday performance of Planet Ant’s “Appropriate,” on May 11, and followed-up with a conversation about the show. Here’s their joint review:

Sometimes, a death in the family can bring out the worst in people. This is, in part, because family members are each processing grief in their own way, but there are also awkward, inevitable conversations about who gets what, and how assets should be divided. In addition, everyone involved is forced to revisit and reassess their relationship to the deceased and to each other. And finally, related adults who have long gotten used to not living anywhere close to each other may suddenly find themselves thrown together in close quarters for a few days.

All this (and far, far more) is in play in Branden Jacobs-Jenkins’s “Appropriate,” now being staged at Hamtramck’s Planet Ant Theatre through May 19th, directed by Joe Bailey. Set on what was once an Arkansas plantation –where the Lafayette family’s patriarch, a retired judge who became a hoarder, lived his last days – three grown siblings with lots of grudges and complicated history make the pilgrimage to the place where they spent their childhood summers.

Toni (Kelly Ann Komlen), the oldest, is reeling from a divorce, financial strain, her father’s death, and a tenuous relationship with her troubled teenage son Rhys (Shane Nelson); Bo (Joel Mitchell) initially appears to be the Lafayette sibling who broke free, living and working in New York with his wife Rachel (Melissa Beckwith) and two kids Cassidy (Meredith Deighton) and Ainsley (Forrest Gabel); and Frank (Donny Reidel), the longtime addict who’s been MIA for years, suddenly appears on the scene with a young vegan wife named River (Jaclynn Cherry). As family members try to clean up the decaying house for sale, they unearth some alarming items, including a photo album full of lynching photos, and anatomical souvenirs in jars. END_OF_DOCUMENT_TOKEN_TO_BE_REPLACED 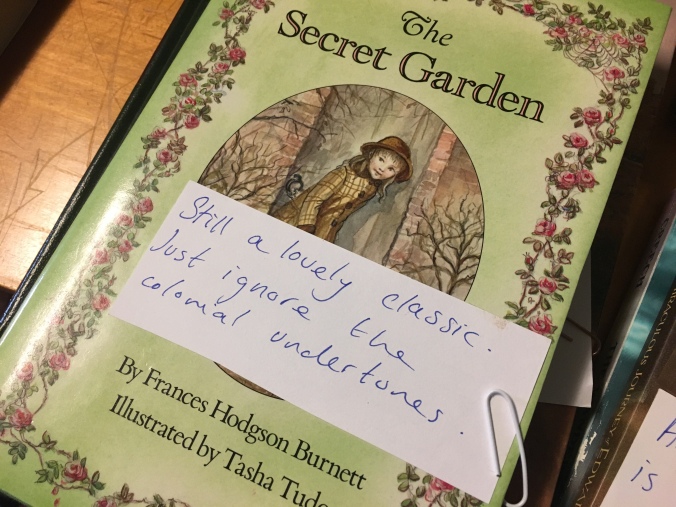 Years ago, when the bookselling industry began experiencing seismic shifts – which can be summed up in two words: Amazon and e-books – bookstores of all sizes faced a dark night of the soul. How might they adapt and find a way to survive in this brave new world?

Many found that they couldn’t. A number of independent stores and big chains alike (looking at you, Borders) have closed their doors in the interim, leaving just a small number of bookstores still standing. And while you’ll still find a handful clustered in Washtenaw County’s college towns of Ann Arbor and Ypsi, you might wonder what the local bookstore landscape looks like beyond those academic hubs.

It’s sparse, not surprisingly; and none of the four stores found in the county’s smaller towns of Chelsea, Dexter, and Milan draw on the traditional model of a general interest bookstore with all-new merchandise. Instead, they’ve focused on niche markets (comic books, games, and hosting related events); or chosen to sell books for kids alongside toys and puzzles and music; or curated a collection of used books with a highly personal touch. READ THE REST HERE

As part of Jenn McKee and Don Calamia’s new Platonic Theater Date review series, they attended the same Friday performance of The Dio’s “Daddy Long Legs,” on May 4, and followed-up with a conversation about the show. Here’s their joint review:

The fairy godmother myth has a nearly irresistible pull on us all – and that’s precisely how “Daddy Long Legs,” now playing at Pinckney’s The Dio – Dining & Entertainment, begins.

The musical, based on Jean Webster’s 1912 epistolary novel (which was also adapted into a 1955 film starring Fred Astaire and Leslie Caron), tells the story of a plucky, clever teenage orphan, Jerusha (Emily Hadick), who lands an anonymous patron, on the basis of essays she’s composed, for a college scholarship. The sole condition is that Jerusha must write monthly letters to her benefactor, despite being told that the letters will neither be read nor returned.

Because Jerusha only saw the long shadow cast by her benefactor upon leaving the orphanage, she nicknames him Daddy Long Legs in her letters, and lovingly shares her thoughts and observations as if writing to the family she’s never, ever had. On the receiving end, young, aristocratic philanthropist Jervis Pendleton (Alexander Benoit) ultimately can’t resist Jerusha’s charm and wit, reading her letters with ever-greater emotional investment. But as time passes, and Jerusha nears the end of her studies, she grows more and more independent, and Jervis – who’s now met and spent time with Jerusha, by way of being an uncle to one of her roommates – feels trapped by his complicated situation.

The stage musical adaptation of “Daddy Long Legs” – with music and lyrics by Paul Gordon, and a book by John Caird – premiered in 2009 in California before being produced in London’s West End in 2012, and Off-Broadway (a production that was live-streamed) in 2015. The Dio’s production, which closes May 20, marks the show’s Michigan premiere. END_OF_DOCUMENT_TOKEN_TO_BE_REPLACED

Perhaps because traditional, American modes of masculinity and emotional expression have stood at loggerheads for many generations, making father-child relationships highly complicated. Yet it’s precisely this dual struggle to connect that drives Big Fish, the novel-turned-movie-turned-stage-musical now playing at Dexter’s Encore Theatre.

The story begins when Will Bloom (Billy Eric Robinson) is about to be married to his journalism colleague Josephine (Kimberly Alley), and he asks his charismatic, tall-tale-telling father Edward Bloom (David Moan) to refrain from making a wedding toast, or sharing the baby news they’re not yet announcing. Edward, despite his promises, proceeds to do both, infuriating Will and putting his mother, Sandra (Emmi Bills), in the middle of yet another father-son squabble. But when Edward’s health takes a turn for the worse, Will grows desperate to know his father’s true history — not the tales of mermaids, giants, and witches he’s been fed since childhood — and this leads him down a path of discovery that Edward would rather leave blocked off. READ THE REST HERE

As part of Jenn McKee and Don Calamia’s new Platonic Theater Date review series, we attended the same matinee performance of The Jewish Ensemble Theatre’s “Hard Love” on Thursday, April 26, and followed-up with a conversation about the show. Here is our joint review:

Love stories nearly always focus on individuals struggling to overcome obstacles in order to be together, yet Motti Lerner’s “Hard Love,” now being staged by The Jewish Ensemble Theatre, focuses on lovers who can’t seem to get out of their own way.

This is for many reasons, of course – religious beliefs, and their role in one’s sense of identity being chief among them. The play begins with novelist Zvi (Drew Parker) coming to visit his ex-wife Hannah (Inga R. Wilson) in an Orthodox Jewish section of Jerusalem. Though the two haven’t seen each other since their painful, teenage divorce twenty years earlier, and they’ve each remarried – Zvi renounced his faith and moved to Tel Aviv in the interim – Zvi’s son and Hannah’s daughter have recently met and fallen in love. But Hannah wants Zvi to discourage the courtship.

So the meeting is ostensibly about their children, but it inevitably ends up being more about Zvi and Hannah and their unresolved, complicated feelings for each other, as Zvi faces another divorce, and Hannah continues to care for her elderly second husband. Then, in the second act, when Hannah travels to Tel Aviv a couple of months later to visit Zvi in his apartment, the two are forced to hash out both the things that keep drawing them together and the things that will forever keep them apart. END_OF_DOCUMENT_TOKEN_TO_BE_REPLACED