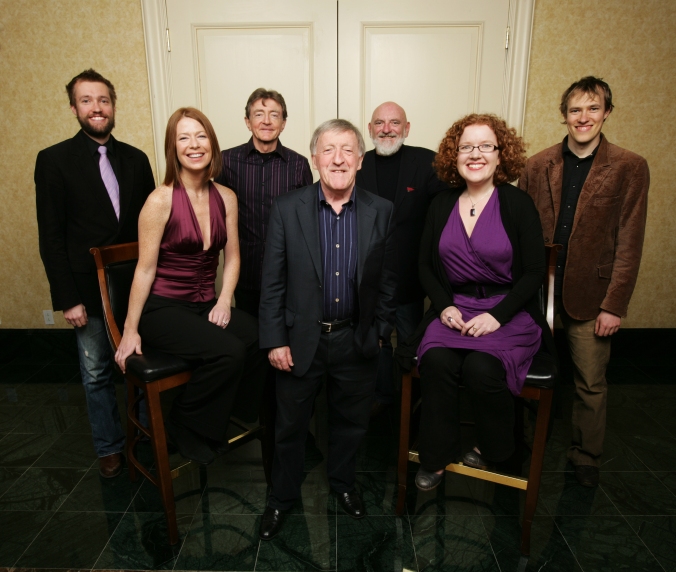 The Chieftains delivered a knockout show at Hill Auditorium on Saturday evening.

Just a wee bit in advance of St. Patrick’s Day, the University Musical Society brought the Chieftains to Ann Arbor’s Hill Auditorium on Saturday, March 5th. And if this charming, 90-minute show failed to get you in the mood for the holiday, nothing would.

The Chieftains – perhaps not surprisingly, given their longevity – have a pitch-perfect sense of balancing up-tempo, foot-stomping reels with more delicate numbers. Following a spirited fiddle solo (and dance) by Breen early in the show, Conneff sang “The Flower of Magherally,” largely without any musical accompaniment, letting us focus entirely on the melody and story. Then a quick take on “Cotton Eyed Joe” played out before McCormack appeared on stage to sing the moving ballad, “The Foggy Dew” (previously recorded by the Chieftains with Sinead O’Connor). READ THE REST HERE