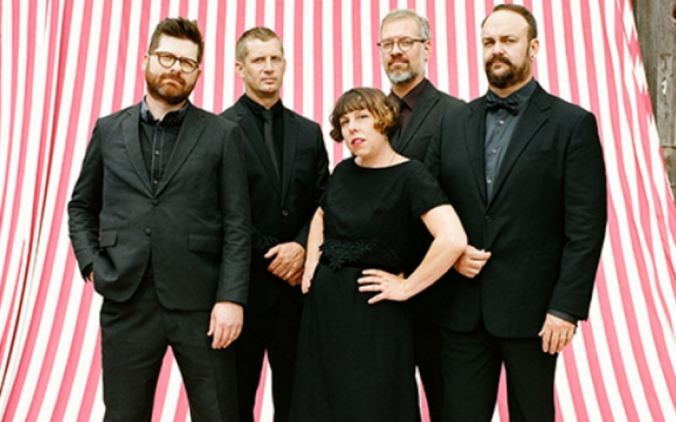 The Decemberists, presented by The Ark, play at the Michigan Theater on Tuesday, July 12.

The Decemberists at the Michigan Theater. Veteran Portland (OR) indie folk-rock quintet whose densely textured, rhythmically supple music draws freely on a wide range of idioms, from klezmer and Celtic music to prog rock and ’80s pop. Presented by The Ark. Tuesday at 8 p.m. at the Michigan Theater, 603 E. Liberty St. in Ann Arbor. Tickets cost $35-$55, available in advance at mutotix.com, theark.org, and 734-763-TKTS.

Maximum Verbosity’s “Descendant of Dragons” at Pointless Brewery & Theatre. Internationally touring storyteller Phillip Low performs his one-man show, a bestselling show at the 2007 Minnesota Fringe Festival, that tells the story of his quest to find his Chinese ancestors. As a cranky libertarian amateur detective, Low sets off on a globetrotting adventure that takes him everywhere from the Fiji islands to Buddhist temples in Vancouver to Amsterdam’s red light district to the heart of China, where he struggles against the massive Communist bureaucracy. Note: Contains copious bilingual profanity. Thursday at 7:30 p.m. at Pointless Brewery & Theatre, 3014 Packard in Ann Arbor. Tickets $10. Visit info@pointlessbrew.com, or call 989-455-4484.

Rita Coolidge at The Ark. Veteran pop-country singer-songwriter best known for her mid-70s duet albums with her former husband Kris Kristofferson, as well as her string of late-70s solo hits that included covers of Jackie Wilson’s “(Your Love Keeps Lifting Me) Higher and Higher” and the Temptations’ “The Way You Do the Things You Do.” Thursday at 8 p.m. at The Ark, 316 S. Main in Ann Arbor. Tickets cost $35, available in advance at mutotix.com, theark.org, and 734-763-TKTS.

“Mary’s Wedding” by Stephen Massicotte at the Yellow Barn. Presented by AM Productions. Thunder, lightning, and explosions shake Mary’s dreams on the night before her wedding in 1920. She relives events of six years earlier, beginning with meeting Charlie (and his horse) in a barn. But Mary and Charlie’s young charming love quickly crackles as the world collapses into a brutal war. Memories overlap and cross-Atlantic letters string their love through muddy and tumultuous times. Together, their hearts gallop to the beat of running horses as they navigate through fear, regret, and survival. Karen Sheridan directs Anna Marck as Mary and Joshua Steckelberg as Charlie in a brand new edition by the playwright. Thursday-Saturday at 8 p.m., and Sunday at 4 p.m. The Yellow Barn, 416 W. Huron St. in Ann Arbor. $15.

May Erlewine at The Ark. Big-voiced singer-songwriter from Big Rapids who writes thoughtful, richly emotional country-flavored songs. She’ll be accompanied by an ensemble that includes guitarist Phil Barry, bassist Max Lockwood, fiddler and banjoist Laurel Premo, and percussionist Michael Shimmin, and she’ll be celebrating the release of the 6-song EP Lean into the Wind. Opening act is Thunderbolt 7 Lightfoot, the indie Kalamazoo pop-folk singer-songwriter duo of vocalist Sarah Fuerst and singer-guitarist Phil Barry. Friday at 8 p.m. at The Ark, 316 S. Main in Ann Arbor. Tickets cost $20, available at mutotix.com, theark.org; and 734-763-TKTS.

Michigan Shakespeare Festival Fundraiser, “An Evening at Gettysburg.” Four-course dinner inspired by Civil War-era dishes. In celebration of the Michigan Shakespeare Festival’s production of The Killer Angels, Karen Tarjan’s drama based on Michael Shaara’s Civil War novel. Tarjan and MSF artistic director Janice Blixt will be on hand to discuss the play. Sunday at 6:30 p.m. at Zingerman’s Roadhouse, Westgate shopping center. Tickets cost $130, available in advance only at michiganshakespearefestival.com.

One thought on “Things to do around Ann Arbor this week: see The Decemberists, Rita Coolidge, the Suffers, ‘Xanadu’ and more”