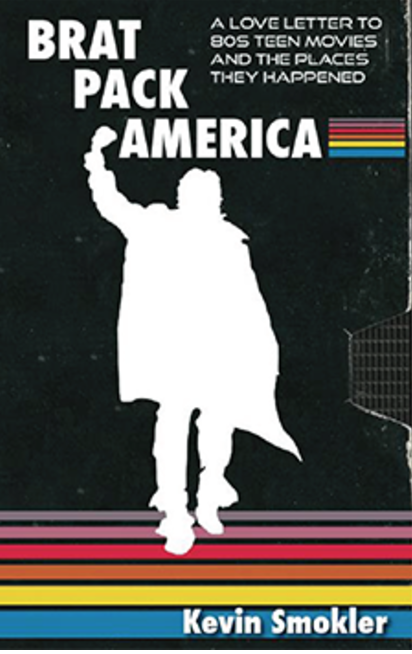 Writer/journalist Kevin Smokler grew up watching ‘80s teen movies in Ann Arbor, and he’ll be doing that again in the coming weeks, since the release of his new book, Brat Pack America: Visiting Cult Movies of the ‘80s, inspired the Michigan Theater’s fall film series, “Kids in America: ’80s Teen Classics” which kicks off on Monday, October 10 with a double feature: Ferris Bueller’s Day Off at 7 pm and The Breakfast Club at 9:30. Smokler will be in attendance, as will director John Hughes’ son, James Hughes, and both will offer their insights about the films.

“I knew I wanted to write about the movies I grew up with, but I knew I had to find something else to say about them,” said Smokler, a Greenhills School grad who now lives in San Francisco.

As Smokler started revisiting beloved movies from his youth, he noticed that they were consistently set in places that weren’t Los Angeles or New York City, but rather fictional towns like Shermer, Illinois, or the suburbs of the San Fernando Valley, or the Midwestern city of Chicago. Locations played a key role in these films, so in addition to talking to actors, writers, and directors, Smokler went on ‘80s teen movie pilgrimages to Goonies Day in Astoria, Oregon, aLost Boys Tour in Santa Cruz, California and more. READ THE REST HERE