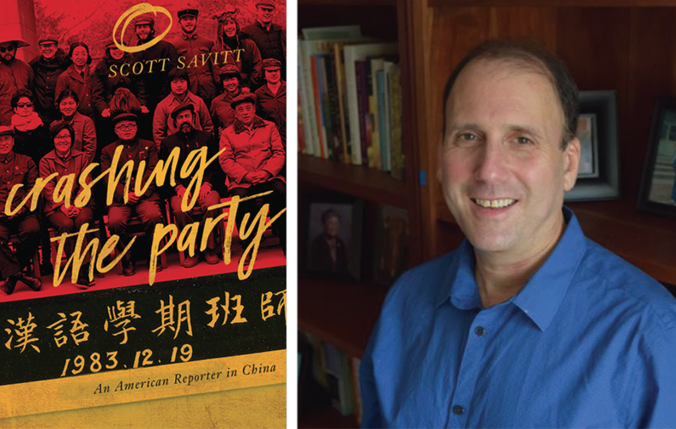 The book starts with Savitt’s harrowing account of spending 30 days on a hunger strike in a Chinese prison; and it later explains how the tragic death of his high school girlfriend set him on the path to spending years of his life in China. But the last section he needed to write to complete the manuscript – about Tiananmen Square, where Chinese political protesters were confronted by tanks and military force in 1989 – may have demanded the most courage.

“I had never revisited that, even in all the years since it happened,” said Savitt. “You have to move on somehow. And speaking as a journalist, the story continued. People were arrested, people went into exile – you had to keep covering the story. … So I wrote that section last. My publisher got to a point where he said, ‘Maybe you just can’t do it,’ and I said, ‘No, I can.’ So I finally cranked it out one sleepless night, and then the next morning, I read it to [U-M faculty member Dr. Rebecca Liu], and I started sobbing uncontrollably. It just made me realize how repressed that emotion was. It was still there. I don’t like calling things ‘syndromes’ but post-trauma – that’s real, and I still have it for sure. … It was something people are not built to see.” READ THE REST HERE