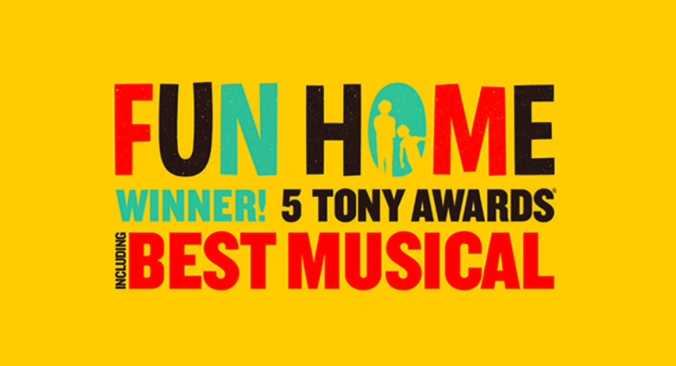 1. It’s the first mainstream Broadway musical to feature a lesbian protagonist. Based on Alison Bechdel’s phenomenal, 2006 graphic memoir, “Fun Home” tells the story of the author at three different times in her life: as a child of 10, growing up in a rural Pennsylvania funeral home; as a college student at Oberlin who’s joyously embracing her sexuality; and as a middle-aged woman who’s trying to reconcile the fact that shortly after she came out to her family, her long-closeted father committed suicide by stepping in front of a truck.

2. You’ll see a former Miss America (who’s also the current president of Actors’ Equity) in the show’s lead role. Kate Shindle stars as middle-aged Alison in the touring company of “Fun Home.” She won the Miss America crown in 1998, while she was a junior at Northwestern University, and the cause she dedicated her year to was AIDS activism and prevention. Regarding this casting choice, Bechdel told the New York Times that “being portrayed by her in the musical feels like a lovely, twisting kind of cultural progress, like a Mobius strip – suddenly there’s this inexplicable but undeniable continuity between the marginal lesbian and the beauty queen. I find it delightful.” READ THE REST HERE