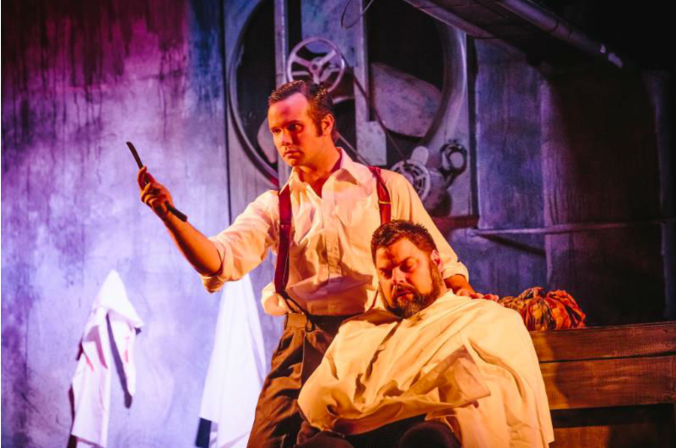 In 2015, I pronounced Into the Woods to be Encore Theatre’s strongest overall production since the Dexter company opened its doors in 2009.

Well, move over, Into the Woods. There’s a new Sondheim show in town, and when it opened on Friday night, Sweeney Todd: The Demon Barber of Fleet Street quickly established itself as the best thing yet to happen on Encore’s modest, black-box stage.

This is largely due to director/choreographer Matthew Brennan, whose distinctive vision makes the classic show, which debuted on Broadway in 1979, into an entirely new theater experience. With seats integrated into the 1940s-era, London factory set — thus creating an immersive, thrust stage experience — Encore’s gruesomely comic Sweeney achieves an intensity and an immediacy that’s downright visceral. READ THE REST HERE