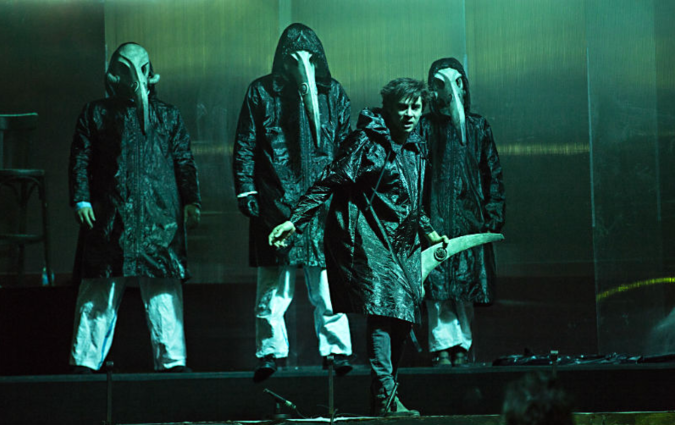 Théâtre de la Ville’s “State of Siege” achieves a nightmarish look and atmosphere, but fails to have much emotional impact.

I once spent a summer reading just about everything Albert Camus wrote. Not exactly beach reading, I know — I jokingly referred to it as “my crazy summer” — but I’d been hired to write the preface of a book about the French writer’s work, so I dove in.

I hadn’t counted Camus’ seldom-produced 1948 play L’Etat de siège (State of Siege) among my favorites of his writings, but I was intrigued to learn that Théâtre de la Ville was staging it. Having seen previous Théâtre de la Ville productions courtesy of University Musical Society (UMS), including Ionesco’s Rhinoceros in 2012 and Pirandello’s Six Characters in Search of an Author in 2014, I was hopeful the Parisian company would find a way make Siege sing.