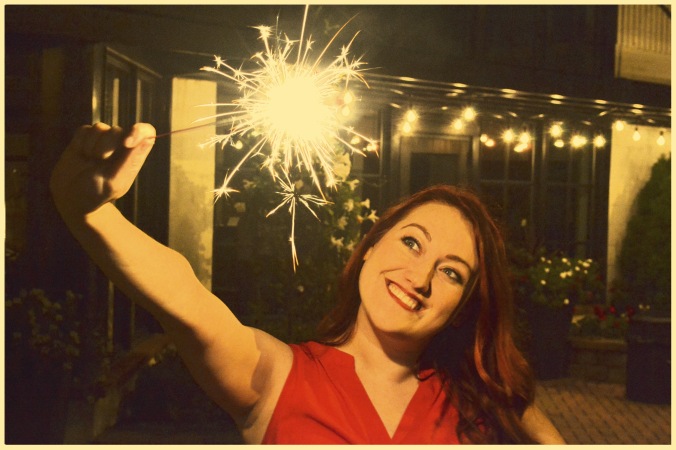 When even the Miss America Pageant is taking a long, hard look at itself (and eliminating its trademark swimsuit competition) in this #MeToo moment, you might be surprised to learn that Northville’s Tipping Point Theatre recently opened its twelfth season with a production of Beth Henley’s “The Miss Firecracker Contest” (1980).

After all, the Southern fried comedy focuses on Carnelle (Kryssy Becker), a reformed, churchgoing, good-deed-doing young woman who previously had been known around her Mississippi hometown as “Miss Hot Tamale.” Carnelle’s decided that if she can win the town’s annual beauty pageant, she might finally be able to put her bad reputation behind her, and maybe even leave town in a “blaze of glory.”

Director Dani Cochrane confesses in her program note that she, too, was initially wary of the play’s messages, but that over time, she and her cast came to appreciate “Miss Firecracker”’s characters and their “desperate need for love and acceptance.”

For in addition to Carnelle, there’s her beautiful older cousin Elain (Hallie Bee Bard) – a former Miss Firecracker herself – who’s run away from her wealthy husband and children; her brother Delmount (Patrick Loos), a mercurial, vain, self-styled poet and lothario who has a score to settle with Elain; Popeye (Maggie Meyer), an eccentric but good-hearted new seamstress in town who’s commissioned to make Carnelle’s pageant costumes; Mac Sam (Aaron Kirby), a self-destructive carnie and former beau of Carnelle’s; and Tessy (Shauna Hitchcock), an assertive stage manager for the pageant who once shared an evening with Delmount that he’d prefer to forget.

Like Cochrane, I approached “Miss Firecracker” with reservations (and I don’t mean our tickets). Having watched a previous production years ago, I didn’t count myself as a big fan of what had felt like a dated script. However, I’m usually pretty open to giving shows another go, especially when there are artists whose work I respect involved – and that’s definitely the case at Tipping Point.

So was the talent involved enough to win me over? Keep reading.

Bartley H. Bauer’s eerily perfect set design shifts from Carnelle’s deceased aunt’s home – decked out with Alexis Clark’s evocative, detailed props – in the first act to the pageant’s backstage area in a tent in the second. Julia Garlotte’s spunky, 80s-themed sound design reminded me how much I’d loved Juice Newton’s up-tempo pop songs (“Love’s Been A Little Bit Hard on Me”? Yes, please!); Colleen Ryan-Peters witty costume design conveys Carnelle’s endearing earnestness, Popeye’s unabashed weirdness, and Mac Sam’s, um, I guess I’ll go with “earthiness”; and Neil Koivu’s lighting design plays a particularly key role near the show’s end, as the pageant concludes, and we (and Carnelle) watch the glow of fireworks in the sky and ponder what comes next.

Cochrane invites us to sympathize with, and feel affection for, these somewhat cartoonish figures while also heartily laughing at their absurd foibles. My hands-down favorite moment of the show comes near the end of the first act, when the main characters wallow in their self-pity with utter, riotous abandon. I haven’t laughed that hard at a show in a while.

And the ensemble is tight, from top to bottom. Loos, sporting a deliberately ridiculous, bushy wig of dark hair, has a ball playing a man whose sublimely romantic vision of himself has little to do with reality. As his sister Elain, Bard carries herself with an air of someone clinging hard to her past small-town glamour, because she understands full well that her star is fading, and that she’s now unsure what she even really wants from her life. Becker, meanwhile, is the show’s wide-eyed, aspiring star, and you root for Carnelle as she desperately, wholeheartedly labors to re-make herself.

Yet it’s Meyer, as bespectacled, multi-pocketed Popeye, who offers up the show’s most hilarious, unforgettable performance. From her bizarre bows of greeting, to her staring through a big magnifying glass at various items in Carnelle’s house, Popeye is a character from whom you simply can’t pull your eyes away for long.

So did all this talent cause me to cotton more to the original source material? Well, yes and no. TPT’s production does demonstrate how, in the hands of skilled artists, even flawed material can be made to sing; and thanks to Cochrane and her crew, the play’s lovely, laudably ambiguous final moment is a quiet thing of beauty.

Yet because Henley’s characters still ultimately feel like goofy, broadly drawn types who are built for laughs more than for substantive human connection, my appreciation and enjoyment of “Miss Firecracker” was still mostly only skin-deep.