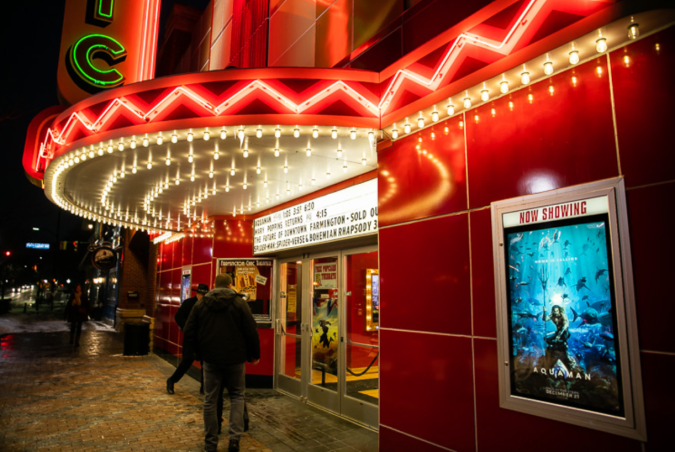 On Wednesday, February 27, about a hundred locals gathered in the Civic Theater’s upstairs auditorium to listen to, and take part in, a panel discussion called “The Future of Downtown Farmington: An Evening with Metromode.”

The program kicked off with a question about the role community engagement plays in the economic development of downtown.

“Many of you … know that this city, this community, is driven by volunteers,” said Schneemann. “ … Looking around the room, I’m seeing people who’ve been really engaged in the community, and they usually started by volunteering for something, by being downtown, by being out in the community and seeing something they want to get connected to. And the next thing you know, they’re interested in serving in a greater capacity on a planning commission. … This also starts to get people familiar with the place enough that they start to say, ‘Hey, this is a place to put down some roots. This is a place where I can start to invest, or I can open a business in.’”

Boyle, who’d just returned from the Knight Media Forum in Miami, noted that one big topic of conversation involved tracking the relationship between civic attachment and economic development and understanding the way the media plays a key role in that.

“The 24/7 news business model, which is essentially driven by clicks, is now, as a business paradigm, incentivized to report on things that disconnect people from place,” said Boyle. “ … There has been a lot of talk about the importance of these types of community conversations as infrastructure to continue to knit the community together and create more civic connectivity at a time when media implodes all around us.” READ THE REST HERE