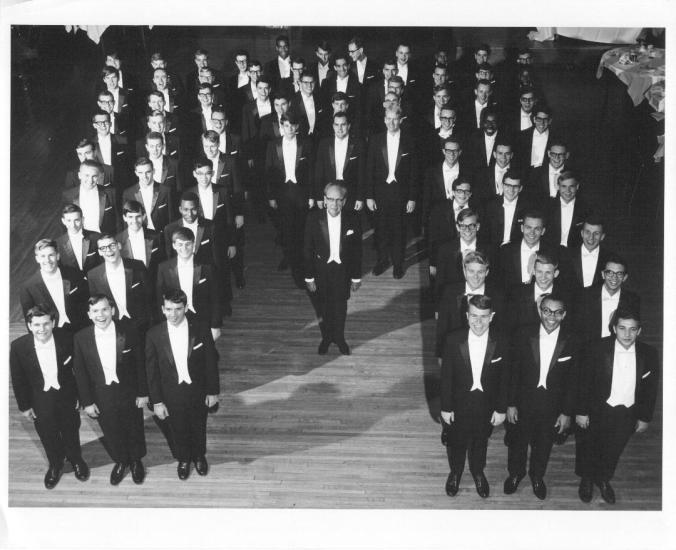 On May 15, 1967, nearly five dozen members of the U-M Men’s Glee Club boarded a bus at the Michigan Union to embark on an eight-week world tour. Many of them had never traveled west of the Mississippi before, let alone to the other side of the world.

The tour’s itinerary involved more than 30 flights, including scheduled performances in Japan, the Philippines, Thailand, India, Sweden, France, and England.

It also included one particularly historic stop in Moscow during the Cold War. That leg of the journey came four weeks into the tour, directly after the glee club’s stop in India.

“We went from a dry 112 degrees to a wet 55,” says Donald Sanderson, ’68, a “clubber” who was part of the 1967 tour. “The contrast in the atmosphere was just as stark. The free air of India was exchanged for tangible oppression in Moscow.” READ THE REST HERE