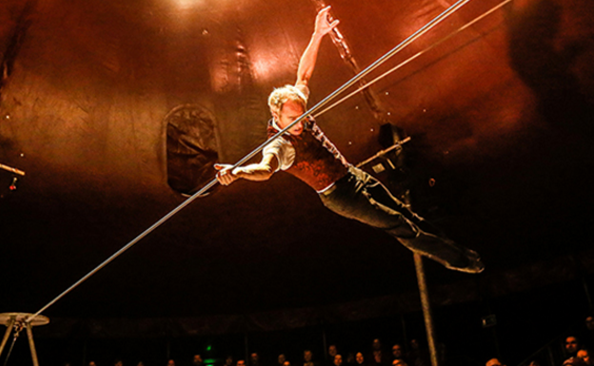 We’ve all heard the phrase “one-man band,” but “one-man circus” is a far more unfamiliar concept, to say the least.

That will likely change when David Dimitri drives his truck to Ann Arbor’s Burns Park and starts setting up his specially designed L’Homme Cirque tent for performances from August 24-28, as Ann Arbor Summer Festival’s (A2SF) final offering for 2016.

Dimitri, a veteran of Cirque du Soleil and Big Apple Circus, created his acclaimed one-man show in 2001. Patrons can expect to see high wire flips, physical comedy, and a human cannon launch, as well as a finale that involves Dimitri exiting the tent on a tightrope that appears to lead him out into the sky (with the crowd leaving the tent to watch).  READ THE REST HERE