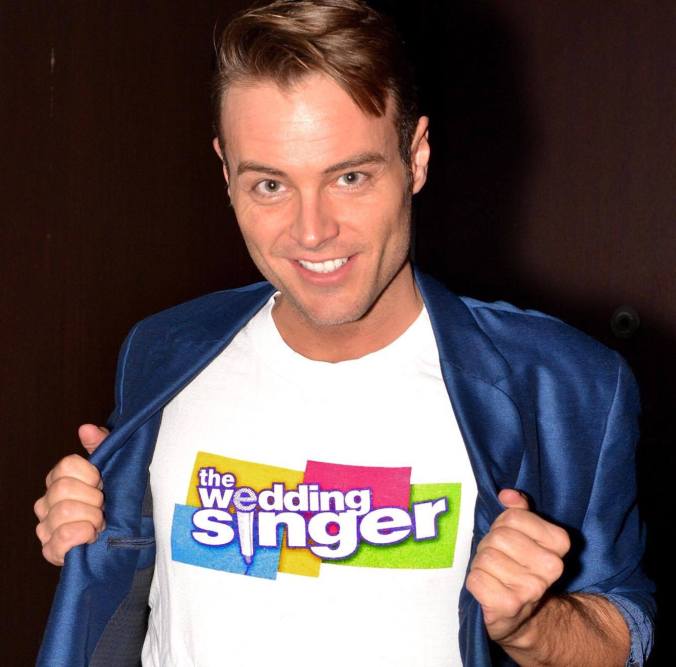 Friday’s Judy Collins show at the Ark may be sold out, but if you look at both sides now (see what I did there?), you’ll see there are lots of other great choices for leisure activities this week. Check out some of your options below.

Aoife O’Donovan at The Ark. The former vocalist of a Boston neo-bluegrass outfit called Crooked Still, O’Donovan is a honey-voiced pop-folk singer-songwriter who’s regularly featured on “A Prairie Home Companion.” Her new CD, “In the Magic Hour,” is a collection of introspective explorations of memory and mortality written in the wake of her grandfather’s death. Tuesday at 8 p.m. at The Ark, 316 S. Main in Ann Arbor. Tickets cost $15 (members, free), available in advance at mutotix.com, theark.org, or by phone at 734-763-TKTS.

The Leastaways’ “West of Elsewhere.” This traveling theater troupe, founded by Ann Arborites, performs its multidisciplinary show that follows the intersecting lives of illegal train-hoppers during the panic of 1893, when a depression drove hundreds of thousands of people to leave their homes in search of a better life. Interwoven with music, the story concerns American idealism, hardship, living in uncertainty, and the pursuit of belonging. Wednesday at 7:30 p.m. at Pointless Brewery & Theatre, 3014 Packard in Ann Arbor. Tickets cost $10 at the door.

Sonic Lunch kicks off Thursday. One of the best things about being around downtown Ann Arbor in the summer is walking to Liberty Plaza on Thursdays at noon to see a free Sonic Lunch show. (In case of rain, the shows are held in the Ark on Main Street.) Performers in Sonic Lunch’s lineup range from local and regional favorites to nationally known acts, and this year’s series kicks off Thursday with Wild Belle. Enjoy seductive, musically sophisticated retro-pop with a reggae groove by this critically acclaimed band, led by the sibling singer-songwriter duo of vocalist Natalie Bergman and saxophonist/keyboardist Eliot Bergman, who founded the popular Afrobeat band Nomo when he was a U-M student. Thursday from noon-1:30 p.m. at Liberty Plaza, located on E. Liberty St. at S. Division. Free.

Redbud Productions’ “Luna Gale.” Tim Grimes directs local actors in the Michigan premiere of Rebecca Gilman’s critically acclaimed drama about a veteran social worker who believes she has a typical case on her hands when she meets 2 young addicts accused of neglecting their baby. When she places the infant in the care of a grandparent, she sparks a powerful conflict that exposes a shadowy past and forces her to make a risky decision. Cast: Loretta Grimes, Matt Clark, Krystle Dellihue, Brian Hayes, Celine Lopez, Liam Weeks, and Deb Wood. Thursday-Saturday at 8 p.m. at Kerrytown Concert House, 415 N. Fourth Ave. in Ann Arbor. Tickets cost $20 (front row café seating, $25; students, $15). Reservations recommended; visit kerrytownconcerthouse.com, or call 734-769-2999.

EMU Theatre Department’s “The Last Five Years.” EMU drama professor Pam Cardell directs EMU drama students in Jason Robert Brown’s 2002 Off-Broadway musical, a 2-person song cycle chronicling a 5-year marriage. The husband tells the story from beginning to end, and the wife starts with the divorce and proceeds backward to their initial meeting. The actors interact directly only at the wedding. The eclectic score, which won a Drama Desk Award, draws on pop, rock, jazz, classical, klezmer, and folk idioms. For audiences age 13 & up. Fridays and Saturdays at 7 p.m., and Sundays at 2 p.m. (through June 12), at EMU Sponberg Theatre in Ypsilanti. Tickets cost $15 (seniors age 60 & older, $12; youth age 12 & under, $7), available in advance at emutix.com and 734-487-1221.

Pulitzer Prize-winning author David Maraniss at Saline District Library. Maraniss will discuss his latest book, “Once in a Great City: A Detroit Story,” which is one of the Library of Michigan’s 2016 Michigan Notable Books. A Q&A and book signing will follow the discussion; books will be available for purchase. Saturday at 2 p.m. at Saline District Library, 555 N. Maple Road in Saline. Free.

Cinetopia International Film Festival in Ann Arbor, Detroit and Dearborn. This 10 day festival – now celebrating its fifth year – begins Saturday, and will screen more than 50 features and documentaries, drawn from some of the world’s most prestigious festivals, and feature some special in-person guests (including movie critic Leonard Maltin) to talk about the films. Plus, Detroit Voices is a short film competition that gives local filmmakers a chance to shine; the Arab American Film Festival offers screenings as part of Cinetopia; and there are outdoor movies and more. The festival runs from June 3-12, with screenings at many venues, including The Michigan Theater, where the fest got its start. For a complete schedule of films and events, visit cinetopiafestival.org.